Man and Nature have forged a unique relationship in the relatively untouched world of the Galapagos Islands. Only in the archipelago can you swim with sea lions, walk with giant tortoises, and marvel at the flora and fauna that famously inspired Charles Darwin.

A visit to the Galapagos is a singular experience with an abundance of wildlife and a natural landscape unlike any other in the world. Whether visitors seek quiet relaxation or active exploration, the Islands ask nothing more than respect for nature and the creatures that call the area home.

This evolutionary gem off the coast of Ecuador should be on everyone’s must-travel bucket list. Here are 10 reasons why:

1. An opportunity to get up close and personal 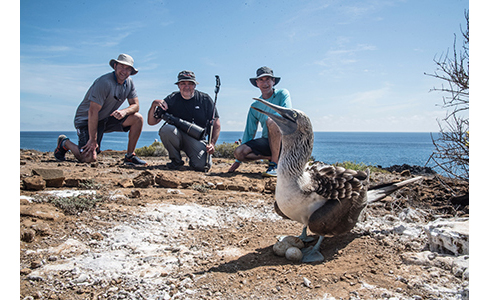 The Galapagos Islands are known for hosting a wide variety of wildlife that has evolved with little human contact or major predators for hundreds of years. This creates opportunities for observing the islands beautiful animals from surprisingly close range in their natural habitat. Stroll the highlands with massive tortoises, sit face-to-face with sea lions on sandy beaches, and meet birds that perch nearby (or sometimes on top of) visitors!

2. Experience one of the most unique environments in the world
Since the presence of humans has been and remains minimal, it’s possible to experience the land and water in a more pristine state in the Galapagos than almost anywhere else on Earth. It’s also a wonder how the archipelago was formed: the Islands, which have never been connected to a continent, were created by underwater volcanoes that, to this day, continue to shape, build, and change the Islands’ various environments.

3. Connect with the origins of evolution
In 1835, Charles Darwin spent just five weeks (and only 19 days ashore) in the Galapagos. It was enough time to form the basis for what would become The Origin of Species. Darwin famously called the archipelago “a little world within itself.”

The Galapagos Islands are home to the marine iguana, a species whose origins date back nine million years. The planet’s only sea going lizard is just one of the Islands’ underwater delights: playful sea lions, green sea turtles, graceful stingrays, the only penguin found north of the equator, and tropical fish in every color imaginable await those who take the plunge.

If going under the sea isn’t appealing, the waters of the Galapagos are so crisp and clear that a plethora of sea creatures can be enjoyed from the deck of a glass-bottomed boat.

5. Be one with the birds
The Galapagos Islands are a bird watcher’s paradise. Close to 200 species inhabit the Islands, including Swallow-tail Gulls, Hood Mockingbirds, the Galapagos Penguin, Waved Albatross, Geospiza, Magnificent Frigatebirds, Lava Heron, the Galapagos Dove, and multiple species of finches and boobies, to name just a few. The Galapagos are also the only place in the natural world where penguins and flamingos can be seen together.

6. View species that exist ONLY in the Galapagos
More than 80 percent of land animals and 30 percent of plant species on the Galapagos are endemic—meaning they only exist in this one place on the entire planet.

7. Experience nature in action
While in the Galapagos, guests traveling with Orbridge cruise the Islands aboard the Isabela II, a small, 40-guest luxury ship that anchors just off-shore. On a recent departure, one guest noticed that fish were attracted to the night lights of the ship…and the sharks weren’t far behind. It became an evening ritual to watch the nighttime feeding session. This is just one example of how in the Galapagos it’s possible to witness the beauty and power of Mother Nature in a new and exciting way. 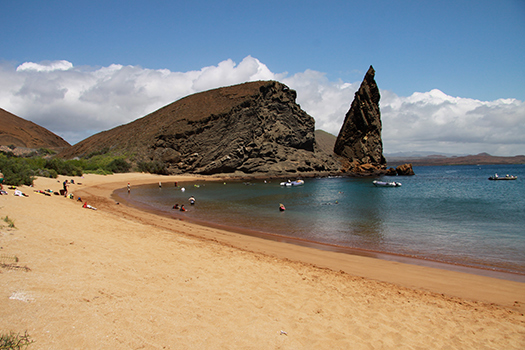 Some of the most beautiful beaches in the world can be found in the Galapagos. From Punta Cormorant to Cerro Brujo, where soft white sand beckons—imagine walking on powdered sugar.

9. Dive into history
The Galapagos Islands have a rich and fascinating history. In particular, the island of Floreana is known for its buccaneers, whalers, and colonists (including a self-proclaimed Empress). Floreana is also home to the Post Office Barrel where, starting in the 1700s, whalers would deposit letters for ships to collect and deliver. Today, travelers to the island carry on the tradition.

10. Be charmed by Old Town in Quito 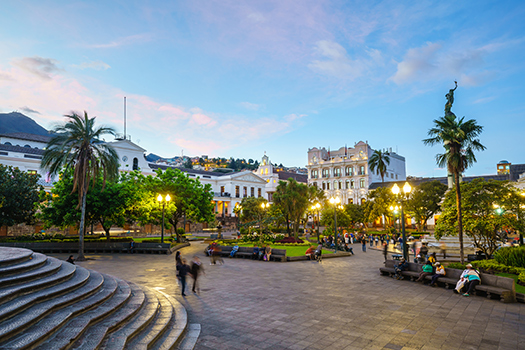 One of the joys of the Galapagos Islands is the journey there. Quito, the historic capital city of Ecuador, is one of the Islands’ entrance points. During an Orbridge expedition, guests explore Quito with a local guide, getting a backstage pass to the best artisans, shopkeepers, hat makers, herbal healers, and chocolatiers the area has to offer. Learn about local culinary traditions at the Mercado San Francisco; explore the culture in Calle La Ronda; admire the stunning architecture of the Jesuit church of La Compañia, and relish the art and artifacts housed at the Casa del Alabado Archaeological Museum. It’s a fascinating introduction to an experience of a lifetime.

Orbridge offers numerous departures to the Galapagos Islands throughout the year. Click here to read more details on this popular travel program including a full itinerary.