Enter this welcoming world of wonder—one that has played host to endless streams of visitors from ancient times to the present. Enjoy additional time to discover remarkable antiquities and monuments, dramatic sandstone desert landscapes, and the lowest point on dry land—the Dead Sea.

Day 11: Jerusalem / Tel Aviv / Flight to Amman
Discover Amman—a sprawling city spread over 19 hills—during a panoramic tour. Amman is the modern—as well as the ancient—capital of the Hashemite Kingdom of Jordan. Known as Rabbath-Ammon during the Iron Age and later as Philadelphia, the city now boasts a population of about four million people. Begin by exploring the region's history at the Jordan Museum, then ascend to the Amman Citadel for a spectacular view of the old city, including the 6,000-seat 2nd-century Roman theatre.
Overnight: InterContinental Jordan Hotel (L,D)

Day 12: Amman / Jerash / Ajloun / Amman
Travel to Jerash, known as the city of 1,000 columns. Buried beneath sand for centuries and excavated during the past 70 years, the ruins of Jerash reveal urban development from an ancient time, such as paved streets, public plazas, temples, and fountains. Admire its Triple Arched Gate, the enormous Hippodrome, the Roman Amphitheatre, and the only Roman Forum surrounded by 63 jonick columns.

Day 13: Amman / Madaba / Mount Nebo / Petra
After breakfast, set out for the prosperous ecclesiastical center of Madaba, which, between the 4th and 7th centuries AD, produced one of the world’s finest collections of Byzantine mosaics. Several church floor mosaics can be seen in their original locations, including Madaba’s real masterpiece inside the Orthodox Church of Saint George—the 6th-century AD mosaic map of Jerusalem and the Holy Land, the earliest religious map of the Holy Land in any form to survive from antiquity.

Afterward, travel to Mount Nebo, which overlooks the Dead Sea, Jordan's River Valley, Jericho, and the distant hills of Jerusalem. A small church was built on Mount Nebo in the 4th century to commemorate the end of Moses' life. The church was subsequently expanded in the 5th and 6th centuries into the present-day large basilica with its stunning collection of Byzantine mosaics.
Overnight: Mövenpick Resort Petra (B,L,D)

Day 14: Petra
Spend the day inside the ancient city of Petra, designated a UNESCO World Heritage Site in 1985 and considered Jordan's most valuable treasure and greatest tourist attraction. A major caravan city for merchants during the Hellenistic and Roman times, Petra is impressively carved from the surrounding red rock cliffs and is the site of on-going archaeological excavation missions.
Overnight: Mövenpick Resort Petra (B,L,D)

Day 15: Petra / Little Petra / Dana / Dead Sea
Following check out, take a short drive north to Siq al-Barid, also known as “Little Petra.” This site is thought to have been an important “suburb” of Petra and features numerous tombs and temples. One of the main attractions, the Painted House, contains some of the only remaining 1st-century Nabatean frescoes.

Continue to the 15th-century stone village of Dana, where the buildings have rarely changed over the past five centuries. The village is also within Jordan’s largest nature reserve and renowned for its hiking. Take a stroll through the pomegranate grove, then enjoy lunch with the special treat of spectacular vistas over the rugged landscape of canyons and peaks.

The day concludes at the Dead Sea, with its warm, soothing, and supremely salty water. With its sea bed resting some 1,400 feet below sea level, the Dead Sea's azure waters contain a high concentration of minerals, creating an incredibly buoyant site for soaking and rejuvenating.
Overnight: Mövenpick Dead Sea (B,L,D)

Day 16: Dead Sea / Amman
Spend a leisurely day at the Dead Sea. Enjoy a sumptuous breakfast and lunch, and perhaps take time for a mud mask and dip. In the late evening, those departing during the suggested times will check out of the hotel and take the complimentary group transfer to Amman’s Queen Alia International Airport for tomorrow's early morning flights home.
Day Room: Mövenpick Dead Sea (B,L)

Activities are generally not very strenuous, but a considerable amount of walking can be expected. It is our expectation that guests on this program are able to follow a guide at an average pace for three hours through paved and unpaved streets, over even and uneven terrain, and up and down stairs without assistance. Due to the nature of some structures, handrails may not be present, and facilities for people with disabilities may be limited. Participation in itinerary activities is up to the individual. 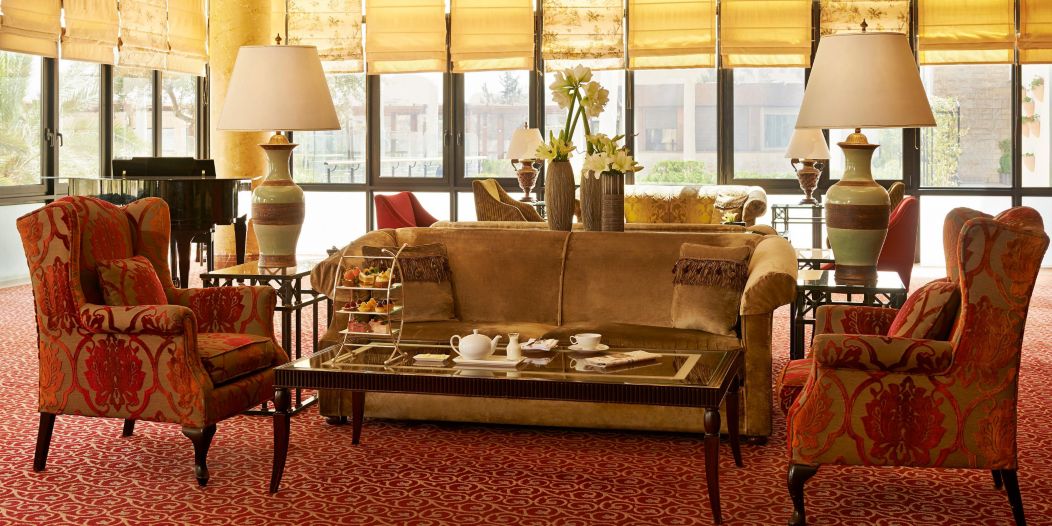 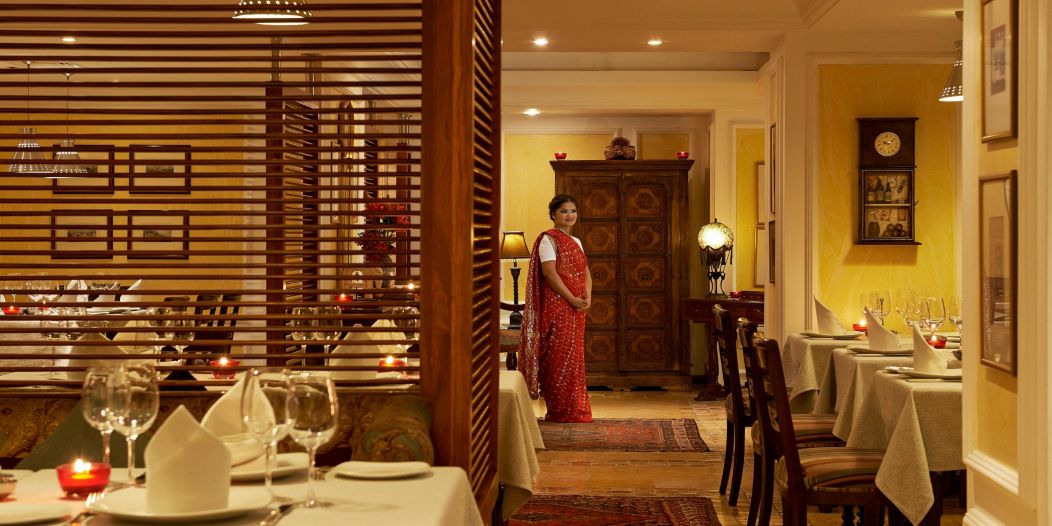 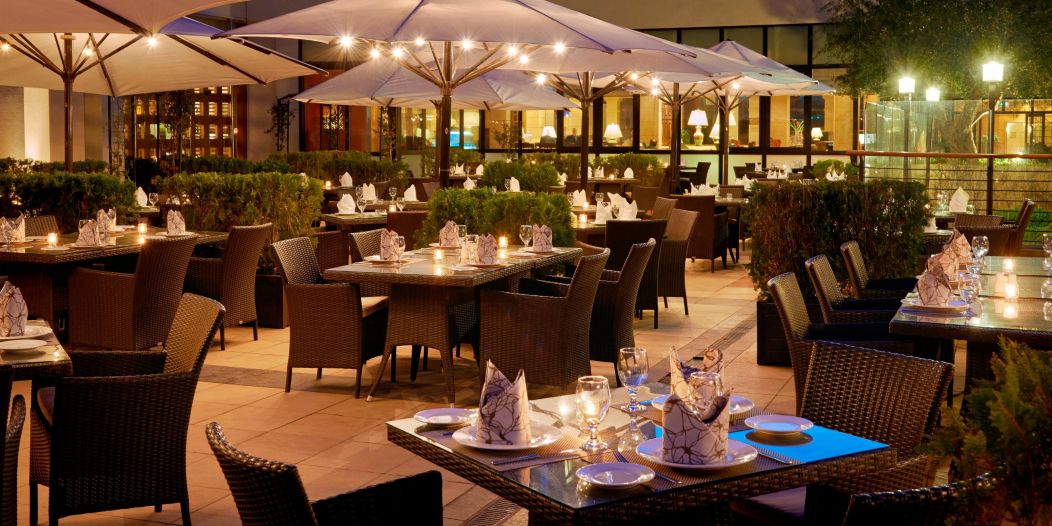 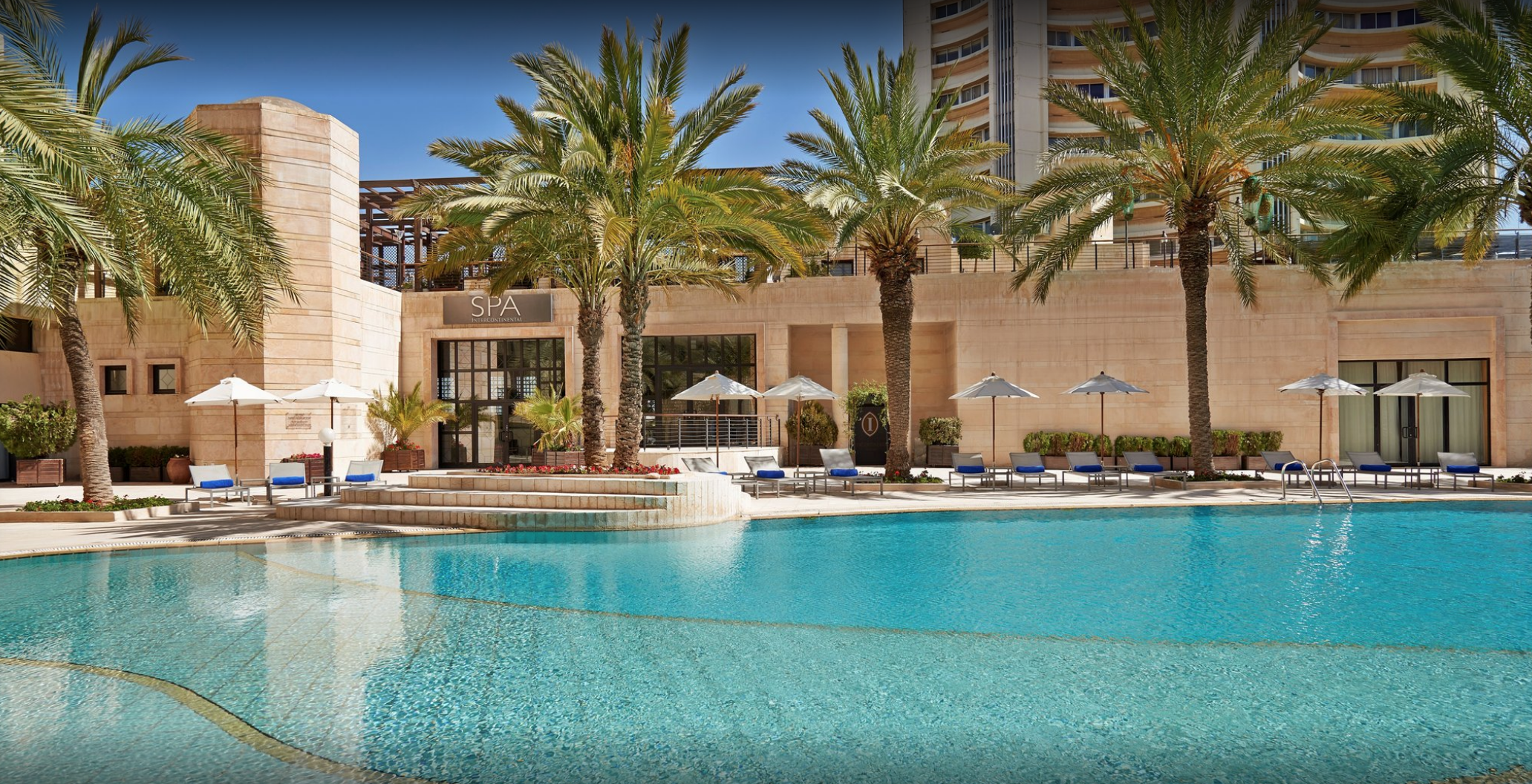 Conveniently located at the entrance to the city of Petra—one of the most famous archaeological sites in the world—Mövenpick Resort's five-star comforts welcome travelers with luxurious flair. During free time, unwind in the sauna or take in the unparalleled views from the rooftop terrace. Perched directly on the shore of the Dead Sea, this five-star European-style property boasts of uninterrupted views and an enchanting atmosphere. After soaking in the sea, take a dip in one of the nine hotel pools, including a lazy river, infinity pool, and sunken pool—all with spectacular views. Or visit one of the lively bars to sample a tea or cocktail. A 24-hour, fully equipped fitness center is on site, as well as an outdoor tennis court (advance booking required) for those who'd like to indulge in extracurricular activities. 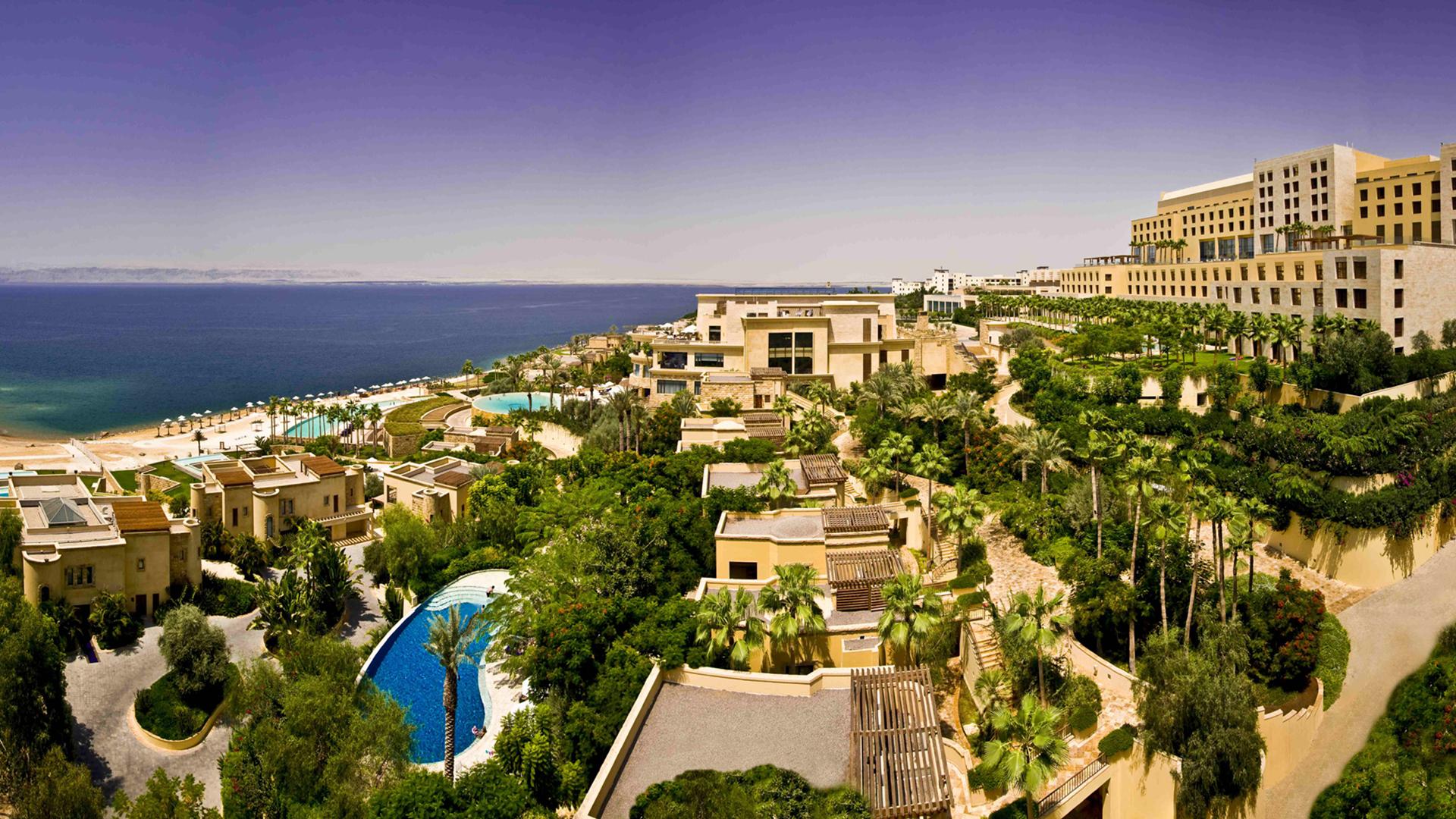 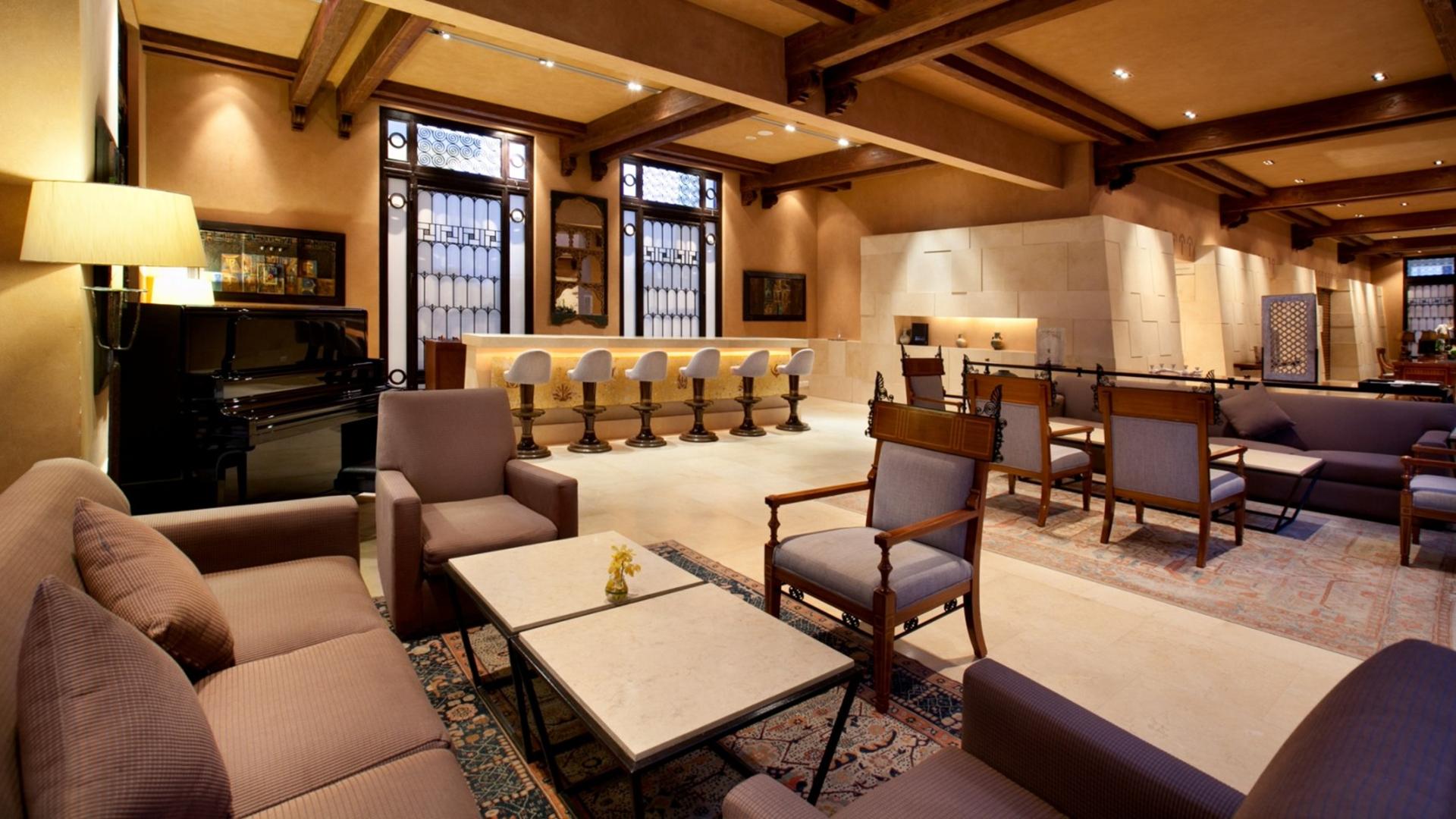 Perched directly on the north shore of the Dead Sea, this genuine Arabic resort village boasts of uninterrupted views and an enchanting atmosphere. After soaking in the sea, take a dip in the pool or visit one of the nine restaurants and bars to sample a tea, cocktail or variety of delectable cuisine.

Post-tour rate is per person based on double occupancy except where noted as Single, in U.S. dollars. Single availability limited. Internal airfare from Tel Aviv to Amman is included. Airfare otherwise not included.