Famous for its craic (“crack”)—a mixture of repartee, humor, and intelligence—Dublin has attracted visitors for centuries. Embrace the Emerald Isle's time-honored traditions, and discover present-day modernizations during a walking tour of the city, visits to a museum and brewery, and an evening filled with lively storytelling and music.


Day +2: Arrive in Dublin, Ireland
Welcome to Ireland! Upon arrival, meet with a local guide for an early afternoon walking tour of lively Dublin, named "Europe's friendliest" twice by TripAdvisor and one of Lonely Planet's "Top 10 Cities in the World" to visit.

Dublin is a city with a soul—a place that retains and appreciates the importance of genuine human interaction. Founded in 841 by the Vikings, the area's interesting past and many monuments tell of its fascinating history. Today, this cosmopolitan capital of the Irish Republic is host to more than one million residents. Taking advantage of its compact size, the informative and entertaining walking tour of Dublin allows visitors to soak in the captivating atmosphere and buzz.

Start with a dedication to Ireland’s most famous literary son at the Oscar Wilde statue in Merrion Square. Continue past the sprawling campus of Trinity College, and pause at the imposing gates. Stop at the Molly Malone statue to hear the part mythological, part historical tale of Molly Malone, who was immortalized in the famous song named after her. See Christchurch Cathedral, Dublin’s oldest working structure, which has been welcoming pilgrims for more than 1,000 years. Continue through the Temple Bar area, a pleasant cobbled area full of restaurants and shops during the day and a lively warren of bustling bars after nightfall. Finally, cross the River Liffey by the unique, white-arched Ha’penny Bridge.

Next, visit EPIC, The Irish Museum of Emigration. This state-of-the-art, interactive, and award-winning facility is located inside the beautiful vaults of the 1820 Custom House Quarter building in Dublin’s Docklands—the original departure point for so many of Ireland’s emigrants. It inspires and guides a journey of discovery with stories of Irish emigration around the world, from early times to modern day. Over centuries, some 10 million people have left the island of Ireland. Step through 20 themed galleries to learn why people chose to leave, see how they influenced the world, and feel the connection between descendants and Ireland today. Via engaging displays, short movies, and interesting artifacts, remarkable stories of sacrifice, endurance, and adventure are brought to life. EPIC is a must-see to learn more about Ireland, and for those interested in personal Irish ancestry, the Irish Family History Centre also is located here.

Afterward, check into The Davenport—home for the next two nights—for a relaxing evening at leisure.
Overnight: The Davenport

Day +3: Dublin
Awaken and indulge in a full Irish breakfast at the hotel followed by time to explore Dublin at leisure. Perhaps visit a café for Irish coffee and conversation with the locals, pop into one of the charming shops on Grafton Street, or simply meander the cobblestone roads and take in the picturesque sights of this bustling city.

On tap this afternoon is Guinness Brewery's exclusive Connoisseur Experience at the Guinness Storehouse. Back in 1759, an enterprising brewer named Arthur Guinness took a 9,000-year lease on this brewery for an annual rent of £45. Opened in 1904, the Storehouse was an operational plant for fermenting and storing Guinness. Today, the brewery is Ireland's most popular tourist attraction and Europe's largest stout-producing brewery. It also features a very fine exhibition dedicated to the Guinness story.

Throughout seven floors, guests learn the craft of making this quintessential brew—the ingredients, brewing process, time, and passion. One exhibit illustrates how the brew has been marketed and sold in more than 150 countries.

At the Guinness Academy, learn the art of pulling a pint of Guinness—a six-step ritual as legendary as the beer itself—taking 119.5 seconds from iconic surge of the pour to the eventual settle. In the private Connoisseur Bar, relish a personal Guinness tasting like no other. Taste the different types of Guinness while an expert guide/barman orchestrates a journey right to the heart of the black stuff. Raise a glass and toast Sláinte!—an Irish expression meaning "to good health."

Later, experience an unforgettable evening of dinner, live music, and dancing at The Merry Ploughboy Irish Music Pub. Touted as "the only pub in Ireland owned and run by traditional musicians," this establishment is an award-winning venue that brings life and gaiety to a city steeped in history and culture.
Overnight: The Davenport (B,D)

Day +4: Dublin / Flight to Glasgow / Main Program Begins
After breakfast, guests departing during the suggested time will take a complimentary group transfer to Dublin Airport for the flight to Glasgow, Scotland, to join guests for the main program. (B)

This pre-tour is not escorted by an Orbridge Travel Director. Included sightseeing is accompanied by a local guide. Space is limited, so it's recommended to reserve early for best availability.

Activities are generally not very strenuous, but a fair amount of walking can be expected. It is our expectation that guests on this program are able to follow a guide through paved and unpaved streets of even and uneven terrain at an average pace for two hours. Guests should have the ability to walk up and down stairs without assistance. Due to the nature of some structures, handrails may not be present, and facilities for people with disabilities may be limited. Participation in itinerary activities is up to the individual.

The Davenport is a traditional, stylish boutique property located in the heart of Georgian Dublin and reimagined with outstanding 21st-century facilities. Built as a church in 1863, it still retains its original neo-classical exterior frontage and recreates the elegance and charm of that era. The hotel features 114 guest rooms, an on-site restaurant, and a bar that’s frequented by guests and locals. Conveniently located in Merrion Square, it's within minutes of Grafton Street, O’Connell Street, Trinity College, city centre museums, and Dublin’s galleries. 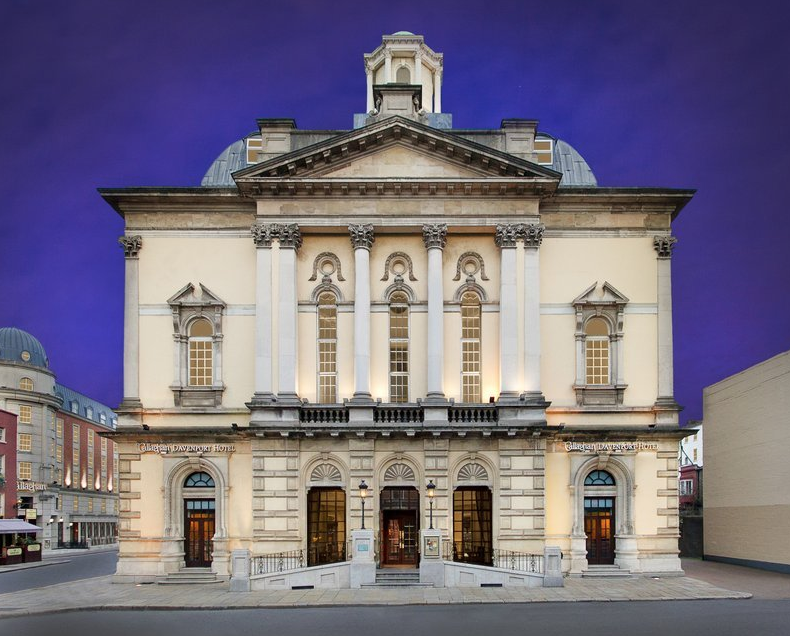 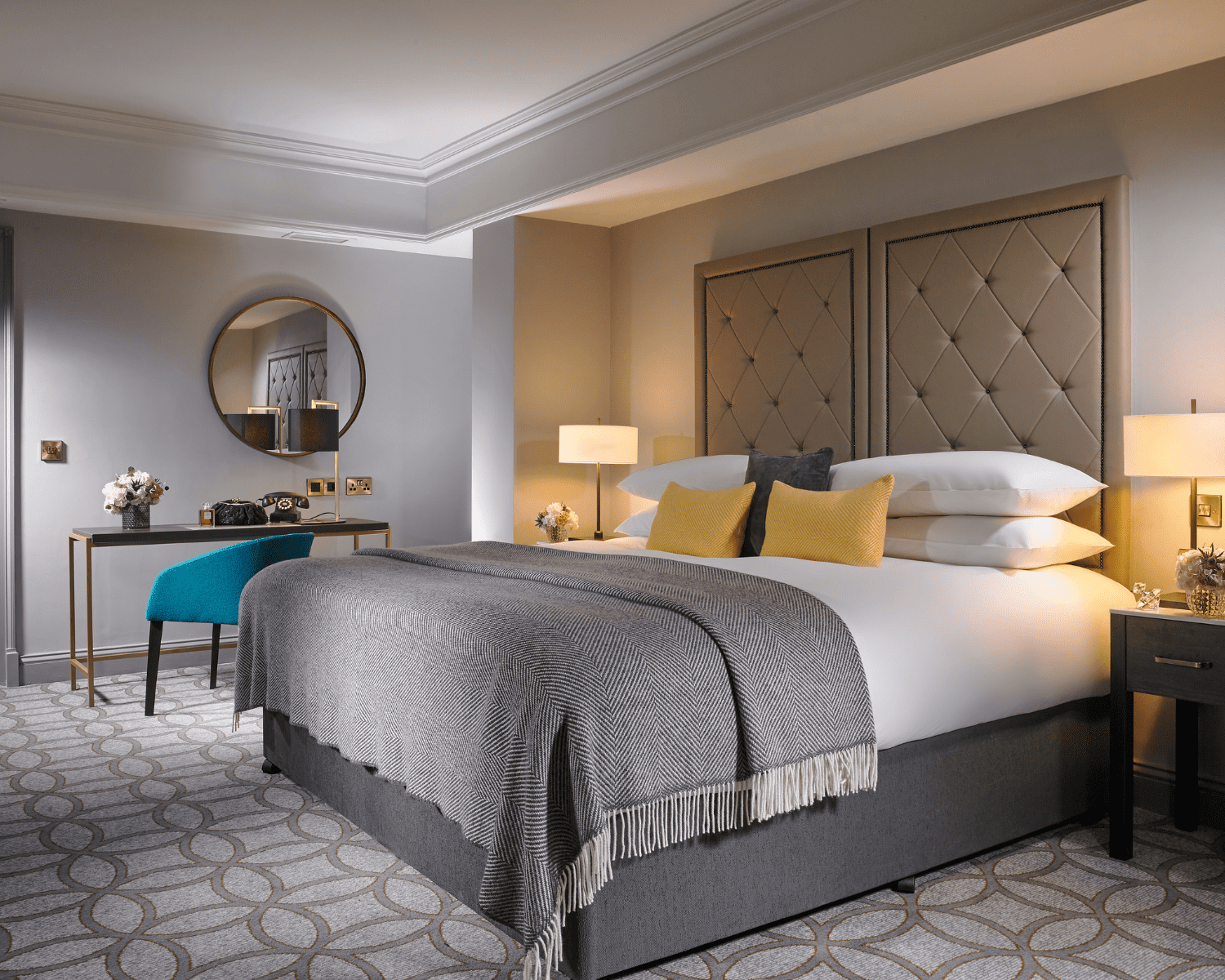 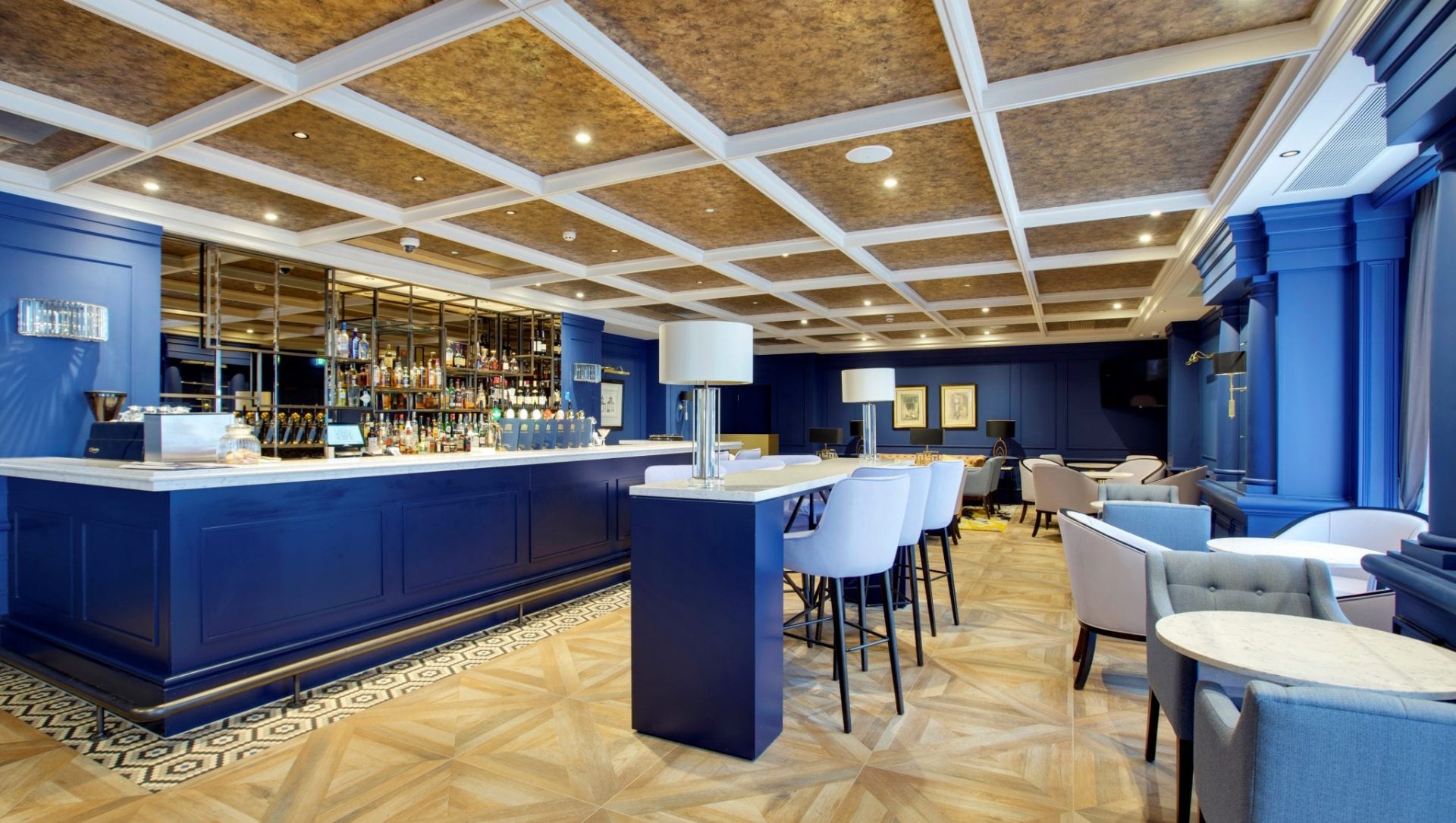 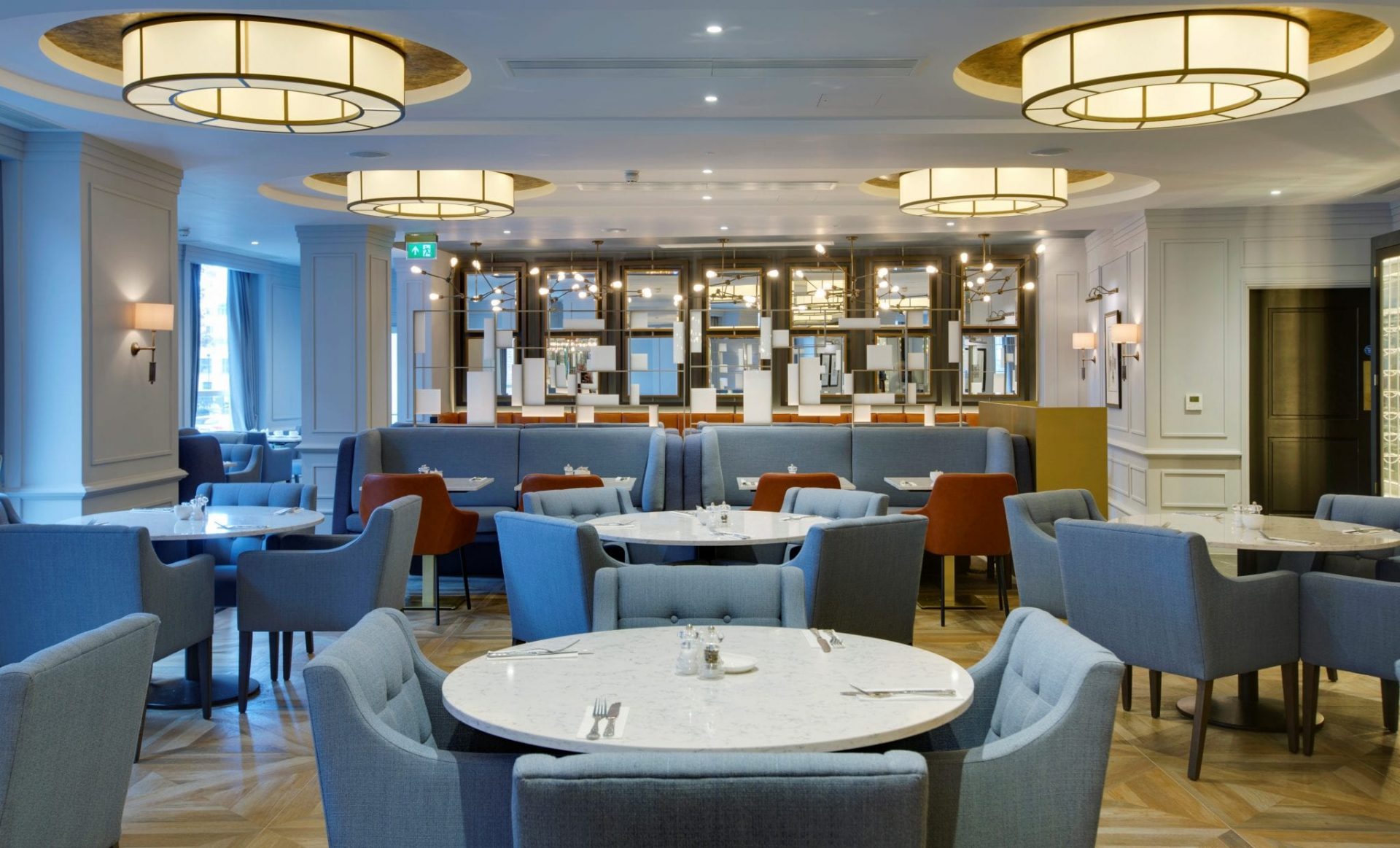 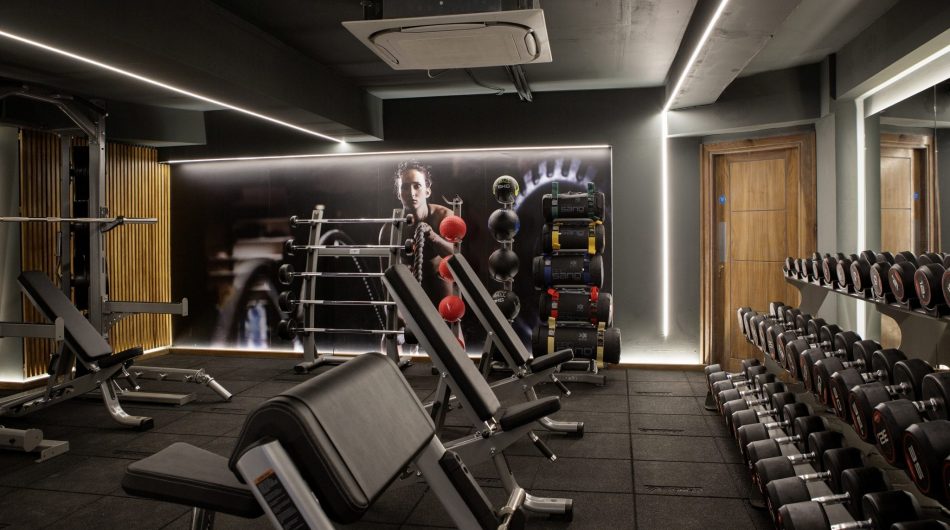 Pre-tour rate is per person based on double occupancy except where noted as Single, in U.S. dollars. Single availability limited. Airfare not included.